How I fixed the dresser I should have said no to 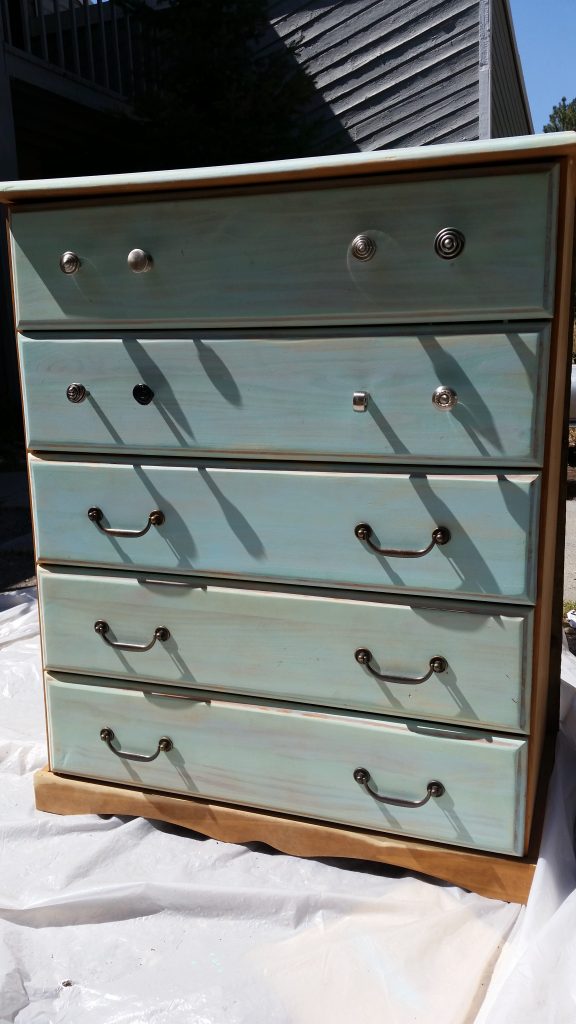 I had been looking for a new dresser for over a year.  I’ve spent enough time on Pinterest exploring links to dresser make-overs to know that I wanted something made out of solid wood and not laminate.  It is hard to find well constructed furniture.  Most is flat packed to put together with allen wrenches.  I like solid.  I like furniture with a story.  When I saw pictures of 2 dressers pop up on part of a local Buy Sell Trade Facebook page I was excited.  The seller wanted $30 each for them.  I thought they looked like solid wood.  I committed to buy them, and she offered to deliver them to my place for an extra $20 so I wouldn’t have to load the boys in the van for a 40 minute car ride. Plus, with 4 boys in the van, where would I put the dressers? We settled on $10 for delivery. She said that she would be by Sunday morning.  I was in a hurry to leave for church the next day when she stopped by with her husband to drop off the dressers.  Both dressers were damaged in the transport.  They were scratched, and the flimsy board attached to the back was bent.  the plastic holding it was bent out of shape, cracked and falling off. 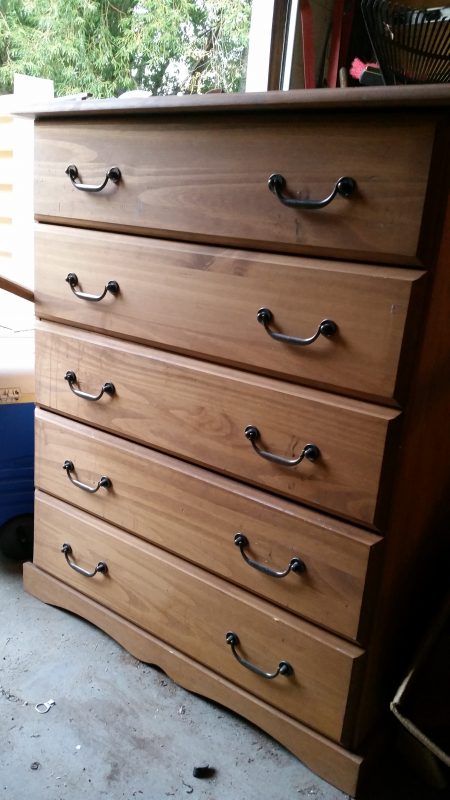 The dresser without much damage

There was crayon on one dresser that hadn’t been visible in the picture online. The dresser was laminate on the sides and interior drawers. When she said she felt bad and her husband had damaged them moving them, and didn’t know if I would still want them, I wasn’t honest.  I said it wasn’t a problem… even though it was.  I had never met this woman before.  She had given me an out.  I didn’t really have $70 in the first place to spend on dressers,  especially if they were broken.  There was no way that they would hold up to 4 boys banging drawers shut, or shoving jeans in them.  I gave her the money, thanked her, and she left.  And I cried…. hot angry tears for not standing up for myself.  For not being honest and saying, “Look lady, I would maybe give you $10 for this dresser the way it is now.” I cried, because I was polite instead of being honest.

The next day, I started sanding the wood on top.  The drawers I hoped were sturdy and looked like real wood were particle board and laminate.  I removed the hardware from the drawers and I cried some more.  After I removed the broken backing, the dresser was flimsy, and I didn’t know what I would do to fix it.

I couldn’t sand the scrapes out of the sides.  I let it sit in the garage for a month.  Every time I opened the garage door, it reminded me of my inability to stand my ground, and my stomach churned.

With the seasons changing, I needed more space for my boys clothes, and found another dresser.  I refinished it, and it turned out beautifully.  I revisited the broken dresser with confidence it could be fixed.

I palm sanded the drawers and top. I used my favorite shade of blue paint in a wash and added 2 coats to each drawer face. 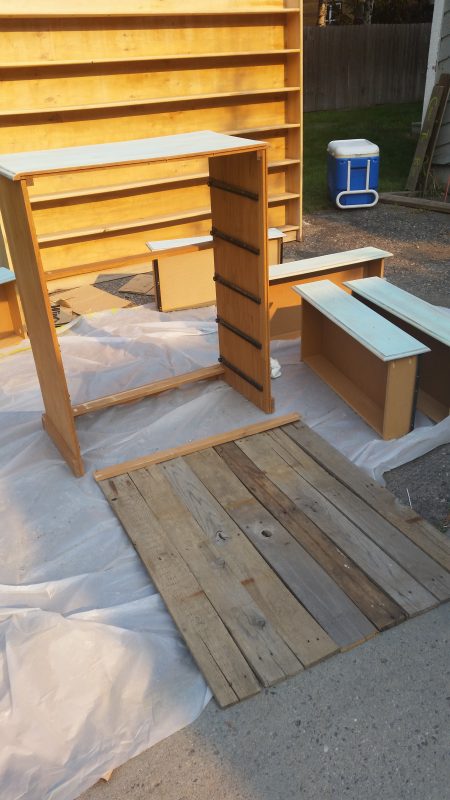 I grabbed pallet wood from my garage and mounted it with 1 5/8″ hunter green deck screws. 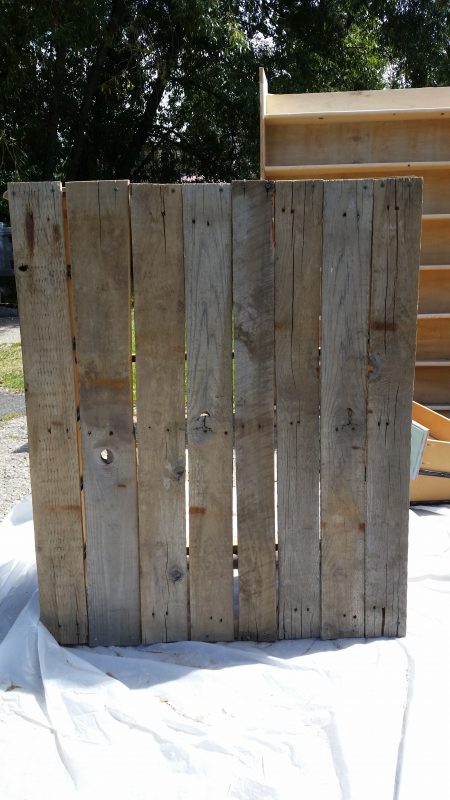 Reclaimed pallet wood dresser back- I added a 1 x 2 inch wood strip along the bottom so I had a hard surface for my screws to mount to.

I added my signature mismatched hardware to give it an eclectic look.  Plus, I have a stash of sample drawer pulls I’ve been hording that I bought for only $1 each when the nearby hardware store changed owners. 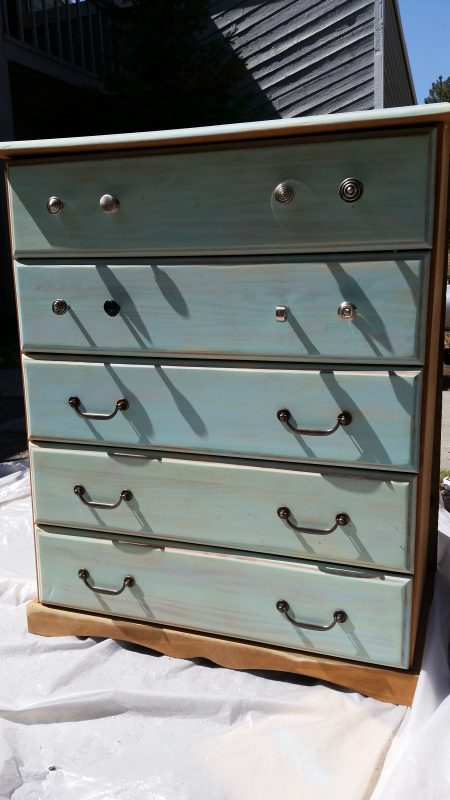 After adding the interior wood strip and new back, the dresser is stronger.  It will be able to handle more. I could have donated the broken down dresser, or taken it to the dump as I contemplated after lots of tears.  I persevered and reinforced the structure instead.  I can’t wait to put it to use.

Sometimes, all it takes is looking at something differently to realize that you don’t have a hot mess in front of you… you have something with possibilities and lots of potential.