I’m afraid of losing my mind 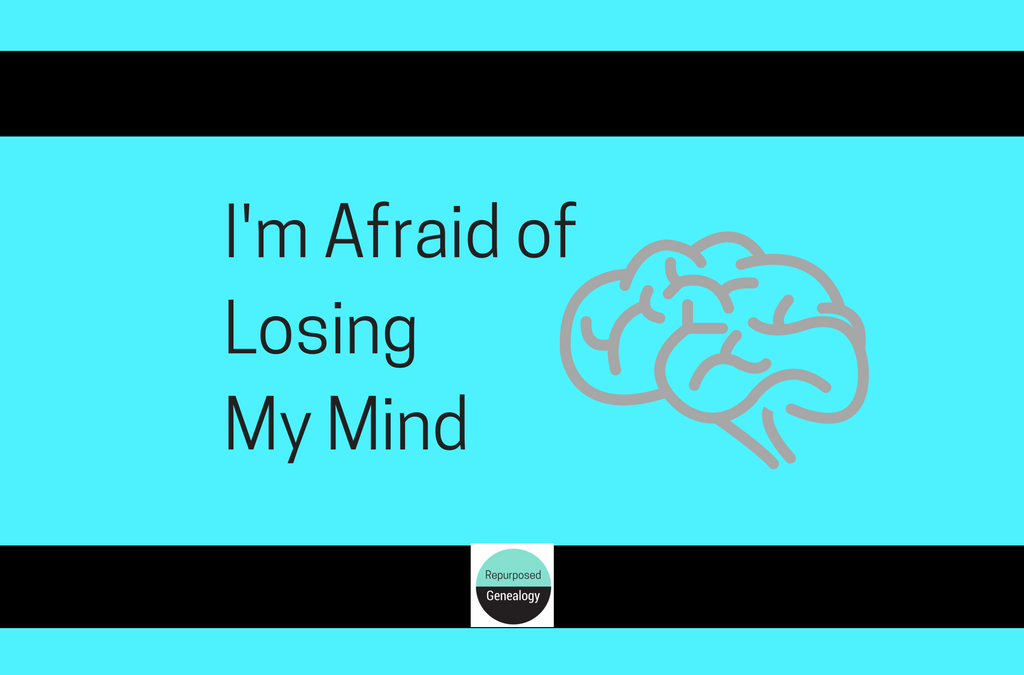 There’s a fine line between genius and insanity. It’s a tightrope I’ve balanced on many times.  I’ve spent a lot of time learning about famous gifted people. Brilliant artists, writers, musicians, entrepreneurs. Part of what makes them so profoundly brilliant at what they do,  aside from talent, or IQ, is a single minded focus on their passion.

Their dogged determination to pursue their passion at the cost of all other things is what makes most of these people great.  Marriages and relationships crumble. Personal hygiene becomes optional. Mundane tasks like eating and sleeping are shoved aside to make room for  their pursuit.

Nothing else matters, including at times, their own well being.

My 36th fear is of losing my mind, because I know how easily it can happen. 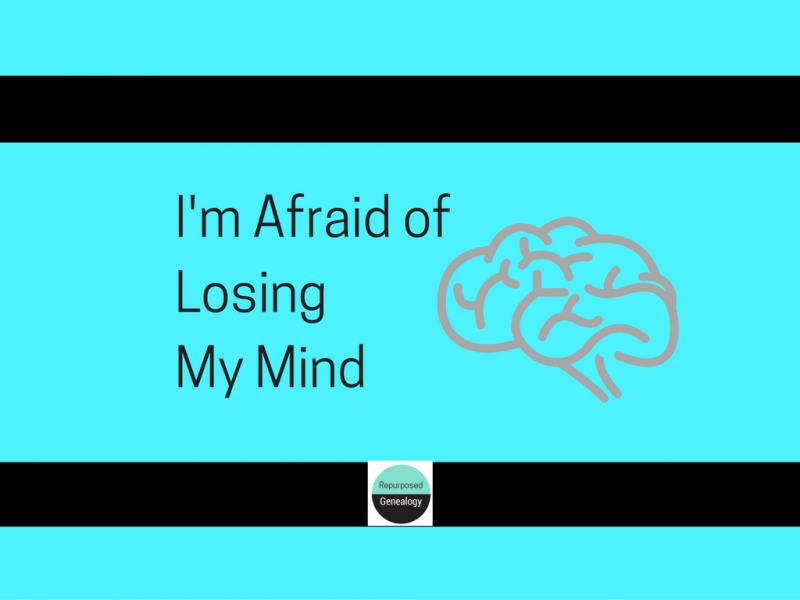 I am afraid of losing my mind, because sometimes my brain lies to me.

It tells me I’m worthless, and everyone else would be better off without me. It tells me that I can’t…

There are times that I see things that other people don’t see or hear.

The things I see and hear aren’t always negative. Most times, I view them as spiritual promptings.

I view them as psychic impressions or creative sparks or insight.

It does make me wonder if I documented everything that I saw or heard if I would be committed to a mental institution or labeled with some psychiatric disorder.

What if the only difference between the people who see and hear things that are viewed as prophets and mediums versus the mentally ill who are institutionalized is whether or not anyone else believes they are sane?

What if no one believed I was sane?

I found my biological great, great grandfather on census records. Alice Miller’s husband that was never talked about except for a last name. Estelle’s biological grandfather.

He was listed as a patient in the records of a mental hospital on the 1920 and 1930 census records.

It is where he died.

Alcoholism has been a repeating family pattern.

People were institutionalized for various reasons in those days. In my research of mental health facilities through out the history of America, Language barriers and poverty increased the likely hood of commitment to a mental hospital.

My great-great grandfather had the unfortunate trifecta of being  a poor, immigrant alcoholic.

My brother tried to soothe me by reminding me that workers in steel mills were exposed to toxic chemicals.

But deep down, I know that if I’m not careful to fight my way back through depressive cycles, or to silence the negative thoughts, they can consume me. 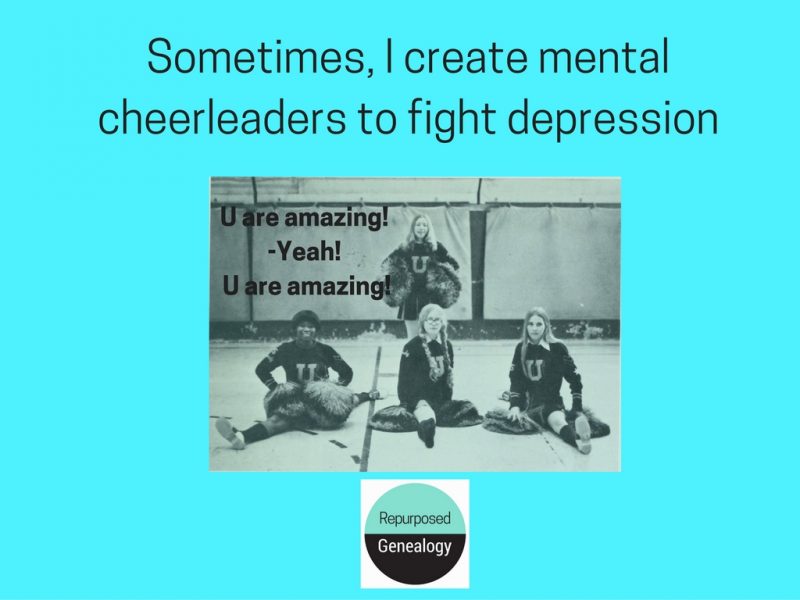 Because they have before.

I read an article about cognitive biases and the way the brain subconsciously works to reinforce them.  There is a graphic representation of the biases that has been shared in recent articles about politics and race.

Our brains are wired to find supporting data for what we believe.

This can work to our benefit if we control our personal narratives and put a positive spin on it. Like I’ve wrote about recently with the words we choose to describe our families.

Our brains can also work to lie to us and trick us into believing falsehoods.

Sometimes my brain lies to me, and tells me that I am worthless.

Life isn’t worth the struggle.

No one understands me.

When those negative thoughts weave their way into my psyche and take root, they are difficult to remove.

They have a tendency with the way my brain is wired to take root quickly. They spread their barbed roots deep within me and they strangle out my positive thoughts.

I begin to believe my brains lies, because they become rational to me.

There is corroborating evidence to support those toxic lies I filter through the lens of my life perception. The more negative I notice, the more I see.

Until it’s all that I see and believe.

If I have such a brilliant, gifted brain, why would it lie to me?

But does. Mine brain is constantly spinning whoppers for me to unravel.

Real or not real?

If you’ve ever struggled with depression or it’s twin sister anxiety like I have, you know what I am talking about.

Because you believe your brain, and circumstantial evidence it uses to build a wall of lies to trap you under its weight.

It may just take time to rip out that parasitic thought by the roots.

To carefully remove the bricks, one at a time, that constructed the walls of isolation you’re hiding behind.

Even though it seems overwhelming, you can do it.

Start by shifting your life filter.

Genealogy Jen’s Challenge of the Week – Thoughts are powerful. What has worked to help you shift yours?